I knew it was going to rain. It started a little after 8:00. Just light rain. It stayed that way until about 11:30. Then the REAL rain and wind started.

The change was dramatic. The temperature dropped at least twenty degrees. The wind is so strong sometimes it would blow you sideways. And it poured.

All of us had decided we were going to the shelter 25 miles away. I started thinking it might have been a good idea to stop at the 15 mile shelter, but I’d already passed it.

Then when I got about an hour away the sky literally opened up and dumped rain. I was completely soaked. Maybe a good thing since my last shower was last Thursday. The trail was running water like a river. 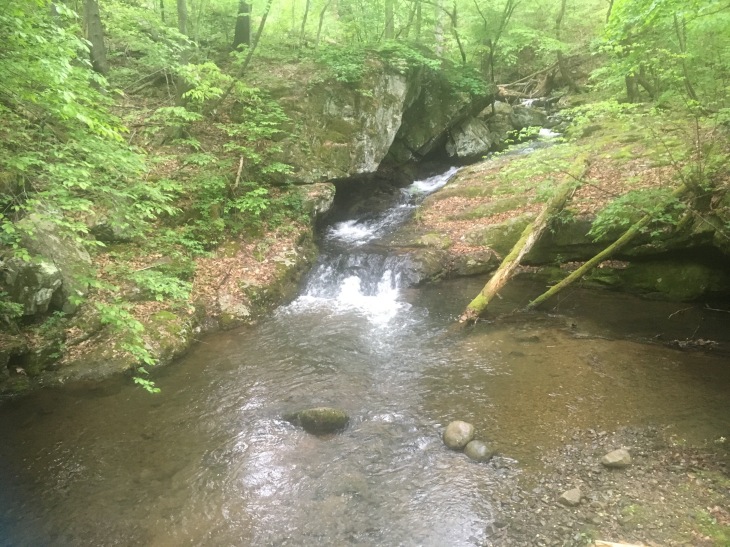 I skipped lunch today because the weather was such I didn’t even want to stop and take off my pack. So now I might squeak by with enough food until Thursday.

When I got to the shelter a little before 4:00 it was completely full. Luckily the rain let up a little and I put my tent up while it sprinkled. I got in my tent and took off my wet clothes and dried off. When I put dry clothes on I felt so much better and warmer.

Then it stopped raining but the wind is still ferocious. Maple Syrup arrived about an hour after me so I helped him put his tent up. Then a while later the same thing for Engineer.

Now the rain is back along with lightning, thunder and high winds. I cooked my supper in the little vestibule that my rainfly makes.

Now I hear Timber is here. Probably staying dry with the people in the shelter until the storm lets up.

I have some wet clothes and a lot of things that are damp, but my tent and sleeping bag are dry. Life is good. So I’ve been in my tent since about 5:30 and it looks like I’m staying in the rest of the night.

The sun is supposed to come out tomorrow. 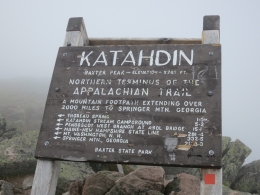