What a great day! Maybe the best overall day yet.

BEAR SIGHTING! I’ve been waiting to see a bear. I’ve talked to a lot of hikers that have seen bears. Alps has seen three. We had some south bounders that were from this area that guaranteed we would see a bear in Shenandoah National Park. Well we are two thirds the way through and I’m beginning to wonder.

This morning around 7:00 I was hiking through an area where the forest floor was nice and green and only about a foot tall. About 100 feet ahead of me just about ten feet off the trail is a bear. I would say medium sized. Maybe around 200 pounds. As quietly as I could I slipped off my gloves. Then I tucked my trekking poles under my arm and began to try to get my phone out to take a picture. Just then he, or she looked right at me and took off running. So, no picture, but I did get to see a bear.

I forgot to mention in yesterday’s post that I saw a coyote. I haven’t seen many coyotes in my life, but this was for sure the biggest one I’ve ever seen. Probably between 30 and 40 pounds. I was pretty close to him. About twenty feet. 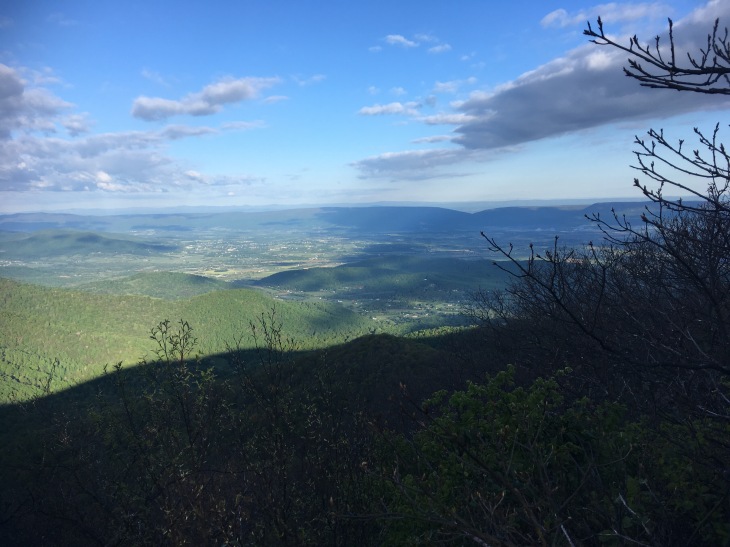 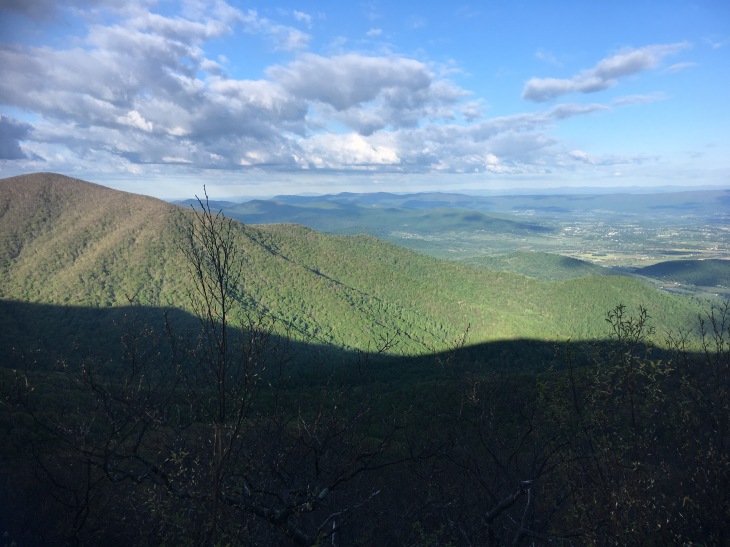 Next stop was a restaurant. About five miles from our camp was a mountain resort and restaurant. It is  only about a tenth of a mile off the trail. Engineer, Maple Syrup, Timber and I all agreed we would eat breakfast there. I was the first one there. Not because I’m faster, but because I get up the earliest.

I had an omelette with everything, hash browns,  bacon, french toast and coffee. The other guys had similar orders. An elderly lady stopped at our table and asked if we were through hikers and made some small talk. She was a volunteer  for the Appalachian Trail Conservancy. Well towards the end of our breakfast our waitress came to our table and told us someone had already paid for our meals. Trail Magic!

After breakfast I was on the phone with my daughter Megan. I was lamenting that I had twenty four miles to go and it was already 10:00am. I wasn’t sure I could keep up with these three twenty somethings. She said “come on dad put your game face on”. That’s what I used to tell her when she was a high school athlete.

So we set out. Now, the four of us don’t hike together that much, but we’ve been ending up at the same location almost everyday. Today we were all at a beautiful Spot together for the first time as a group.

We all kind of leapfrogged back and forth all day. I put my music in again and had to put the hammer down to get here by 6:45. We all did the 28 miles today. The sun was out all day but it only got to about 50 degrees. 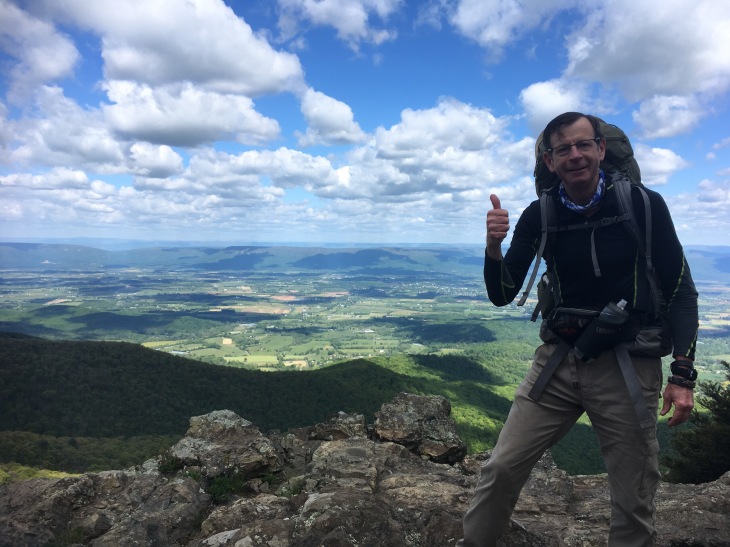 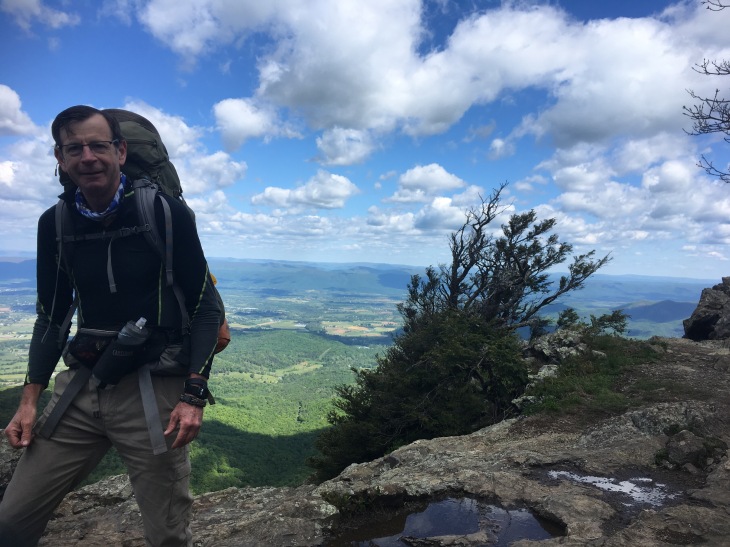 So, all four of us are at this shelter along with Alps, Farley and Toothless. 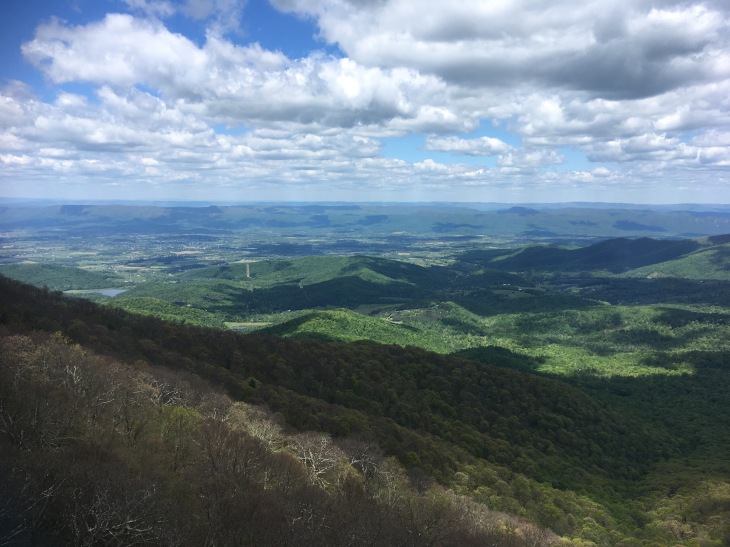 It’s supposed to get down to the low 30’s again tonight. Tomorrow we’re thinking about doing 24 miles.