22 unbelievably hard miles today. First the pictures from yesterday. The videos wouldn’t load for me. I’ll try posting them on Facebook individually. 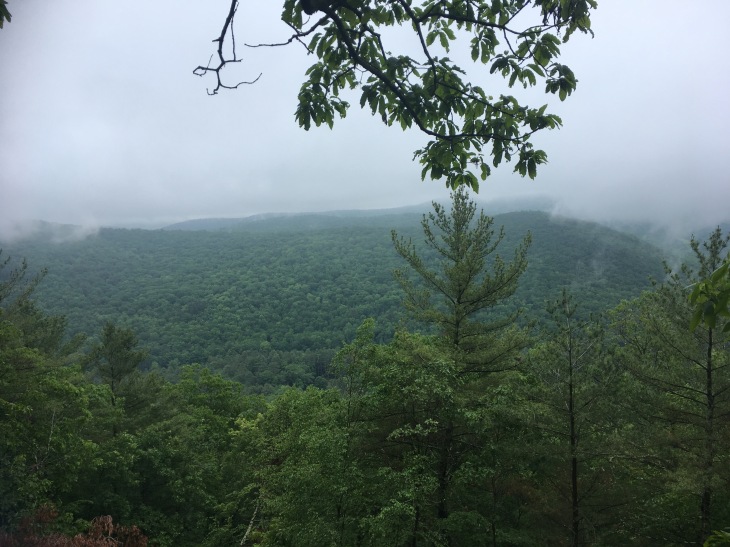 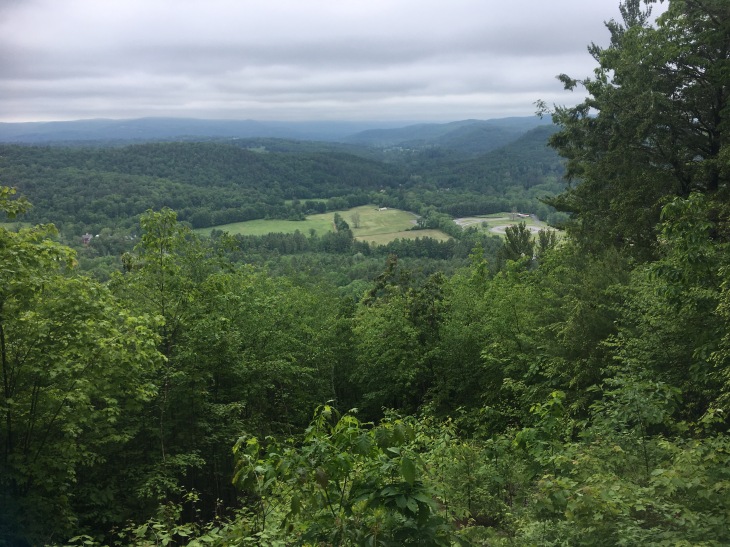 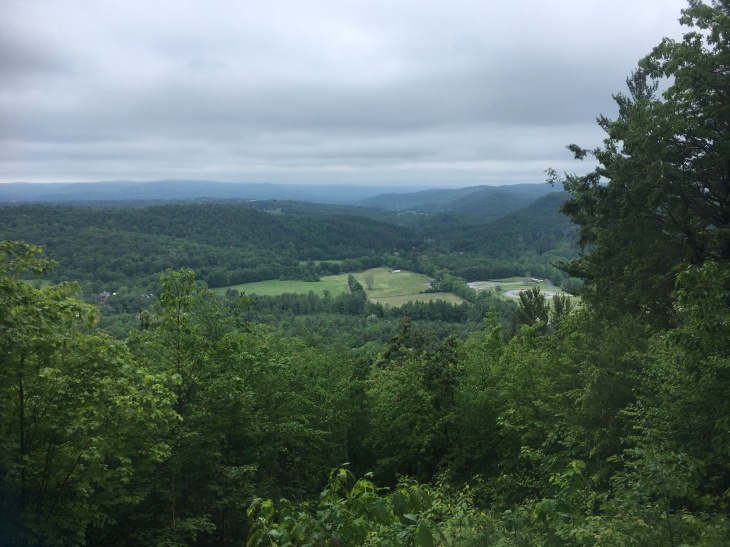 Last night we got a lot of rain along with thunderstorms. Not sure how much we got, but my tent didn’t stay dry. The bottom and floor of my tent was wet along with the side and foot of my sleeping bag. I managed to keep everything else at least in the damp stage.

When I woke up this morning it was only sprinkling, but another system was about to move in. So I hurriedly packed and rolled up my wet tent. Engineer and Maple Syrup were still in their tents.

I put my wet shoes on and started hiking. I was on the trail by 6:30. At about mile four there was some trail magic. Someone hung a bag of clementines from a tree branch. Delicious! Fruit and veggies are hard to come by on the trail.

In the same area was a privy. Since it was now raining I ducked in there to try to call Amy.

Soon after this Maple Syrup passed me up and the trail was starting to get ugly. The temperature was in the 40’s and everything is wet. Water is running down the mountain from last nights heavy rain including down the trail. 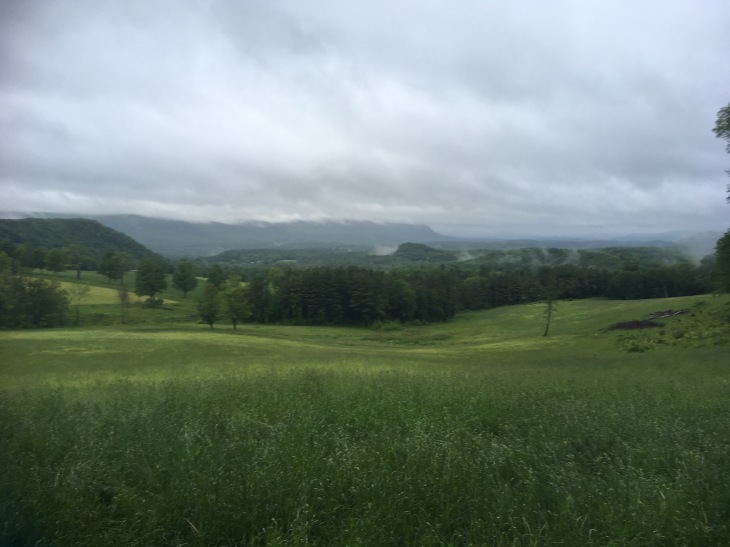 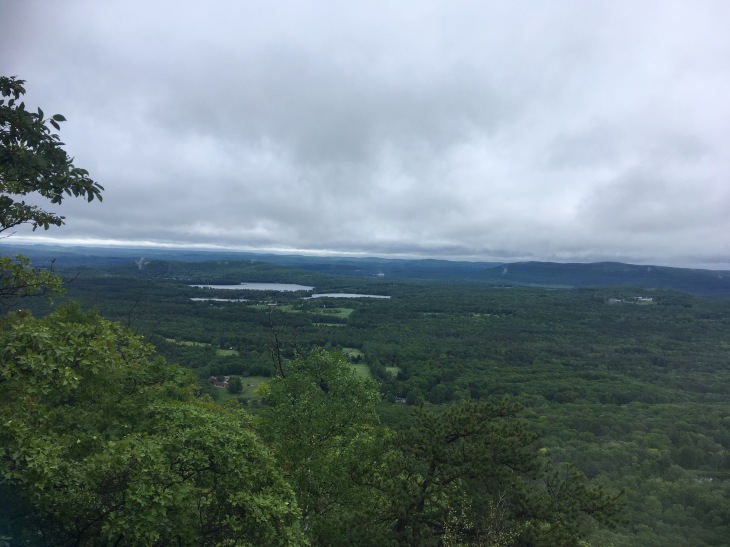 The rain let up for a while only to return when I got to the most difficult section.

I had been thinking about this section all day. It is the descent from Bear Mountain. This is Bear Mountain in Connecticut, not to be confused with the same named mountain in New York.

Some people take these blue blazes with no shame. So far I have stayed pure on the actual AT.

Today I was considering the option of taking the blue blaze around Bear Mountain for my own safety. It’s extremely difficult. And when you add to that wet slippery rocks it becomes dangerous.

Today the rocks were wet. In fact when I got to the blue blaze where I had to make my decision it was raining.

I decided to take the white blaze and stay pure. The problem wasn’t going up it was the pretty much straight down descent on the other side.

I climbed and started descending. It was tough. It took me about 30 minutes to go 200 meters and I got to a place I couldn’t find a way down. At least not one that I felt safe with. Or that was in my skill level.

I was stuck. And I could see I had already negotiated most of the challenge. I could see the easier section ahead. I spent about ten minutes on one rock exploring my options. I could see possibilities but didn’t have the courage.

I made the decision to turn around, climb back up this technical section, back down the other side and blue blaze. This was going to add two hours onto my hike.

So I began to climb. As I got to about the half way point back up Cheez and Coyote were on there way down. They are very good on the rocks. With their encouragement and kind words I decided to descend again with them. Cheez offered to lead.

I was still very scared. When we got to that section he made it down. It made me feel better that it wasn’t easy for him either. I made it down with his guidance, telling me where to put my foot and hand as I scaled the rocks. Coyote decided to take her pack of and handed it to me before she came down.

This isn’t the spot that got me stuck, but here’s a picture that Cheez took of me and Coyote negotiating the descent.

After that it stayed pretty hard for a long time. And the rain wouldn’t quit. I was soaked. Especially my feet.

Here’s a couple more pictures Cheez took of me. 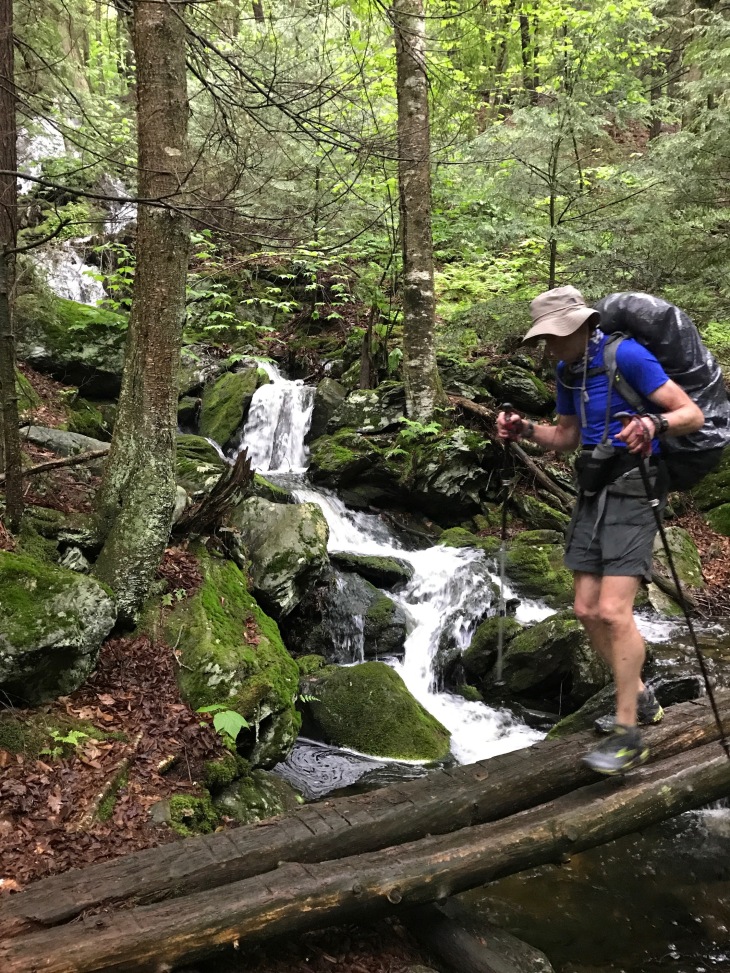 Engineer, Maple Syrup and I will hike to MA 23 and meet my daughter, Megan. I think I’m ready for a couple of zeros. I’m also ready for family. I miss all my family so much. This is going to be good.