Engineer and Timber were right about all the steep up and downs. Then add to that the heat. Heat and humidity are something I haven’t had to deal with on this hike until today. 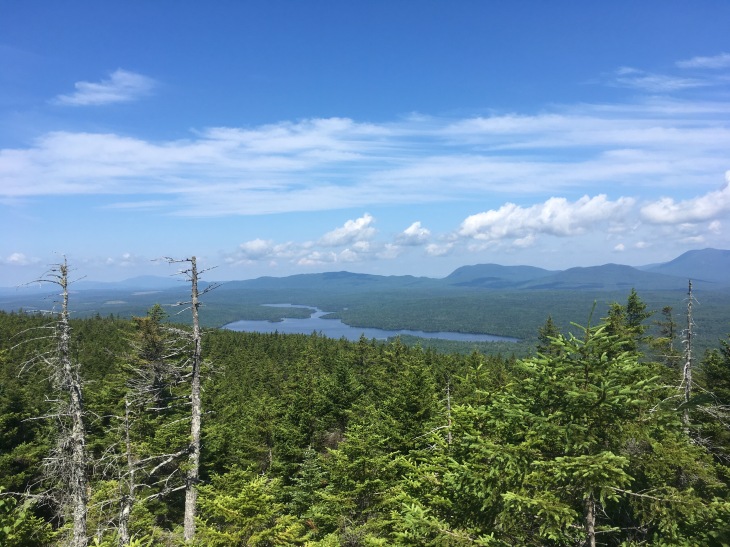 Even while the heat was challenging me I was thankful I was on dry rock mostly. That makes the steep climbing, especially down, so much better. I actually had a whole day with no rain.

The rocks that aren’t dry are the ones in the never ending mud holes. I slipped and fell on one of those about a quarter mile from the shelter. Banged up my shin a little more.

I’m staying in the shelter tonight because there aren’t any decent tent sites left. French Dip is here along with two older section hikers named Paul and Alan. Twig and Heavy are two of the hikers tenting. They’re both south bounders.

Tomorrow I’m supposed to be able to see Mt Katahdin from White Cap Mountain. That will be exciting.

The report on tomorrow is that the first ten miles will be very difficult. After that it’s supposed to be pretty easy all the way to Mt Katahdin.

This is a text widget, which allows you to add text or HTML to your sidebar. You can use them to display text, links, images, HTML, or a combination of these. Edit them in the Widget section of the Customizer.
Loading Comments...
Comment
×
<span>%d</span> bloggers like this: