Keith and I had a nice night at our camp sight. There were nine of us sharing the sight. I didn’t really get to speak to all of them, but among them were a Floridian, a Pennsylvanian, and a couple of Canadians that spoke mostly French.

The temperature was in the fifties. We didn’t sit around the fire very long. I went to bed about 8:30. I thought I had done a better job of finding a level spot for my tent, but evidently not because about every thirty minutes I had to inch worm myself in my bag back towards the head of the tent because I kept sliding down. It rained off and on through the night.

I woke up about 5:30 and since it had stopped raining Keith and I decided to take advantage and roll up our wet tents and pack. I made some oatmeal with honey and cinnamon. Delicious.

We started hiking right at 8:00. It was very foggy and rained off and on until about 11:30. The first five miles were very easy, nontechnical even though it was a long gradual up hill. The final six miles were the opposite. Very technical, rocky, muddy up and down. Some places were very sketchy because the trail would be very narrow with greasy mud and it was a long fall if you were to lose your footing. The hike down from Blue Mountain to Unicoi Gap was also challenging because of the slippery mud. Netta was parked at Unicoi Gap and hiked about half way up the mountain to meet us. When we got to the bottom there were some trail angels set up grilling hot dogs for free. 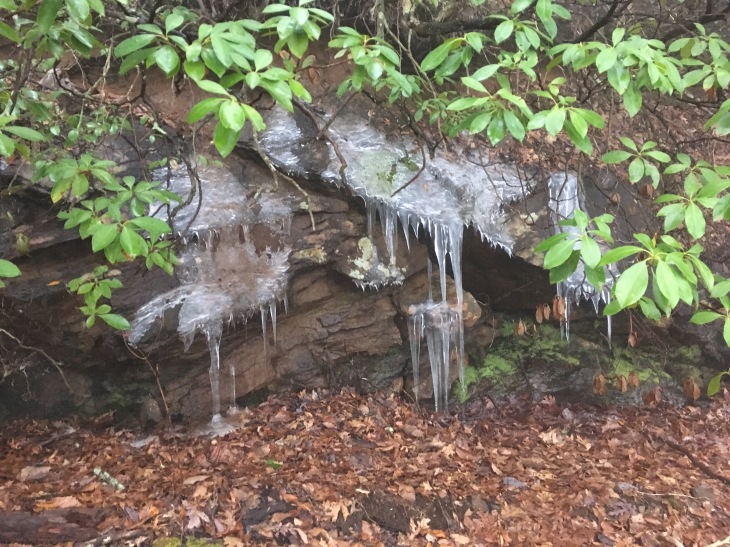 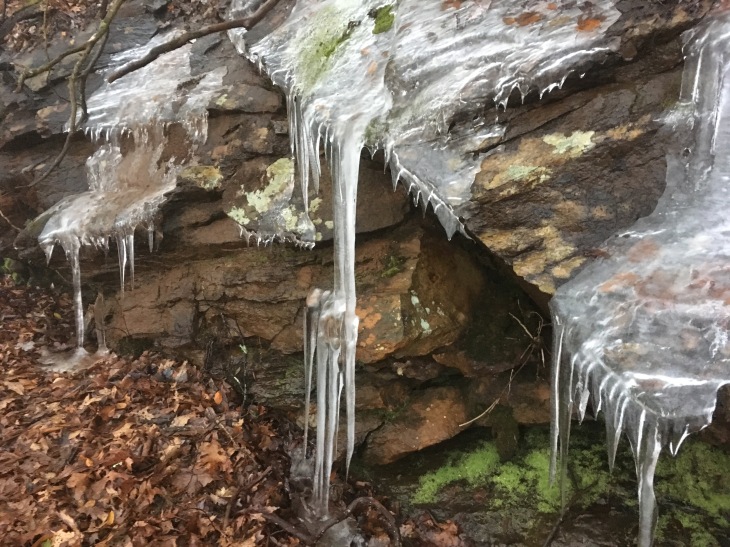 Keith and I decided to take a zero day Sunday. A zero is a day off the trail. I feel a little guilty taking a zero so soon, but Netta won’t be around for much longer as support to drive to a town. Plus I think my shoulders and arms are enjoying the break. My legs and feet are doing fine, which I expected given all the miles I run. My arms are absolutely trashed from all the climbing using trekking poles. The poles are a huge help, but it really works your arms if you use them properly. I have never been blessed with much upper body strength. I’m definitely getting used to having the heavy pack on my back. I think with this rest day I’ll be ready to get after it again on Monday.
We got a room in the small mountain village of Helen Georgia. It is a quaint German town with a lot of charm. As soon as I got to my room I hung my tent up to dry. 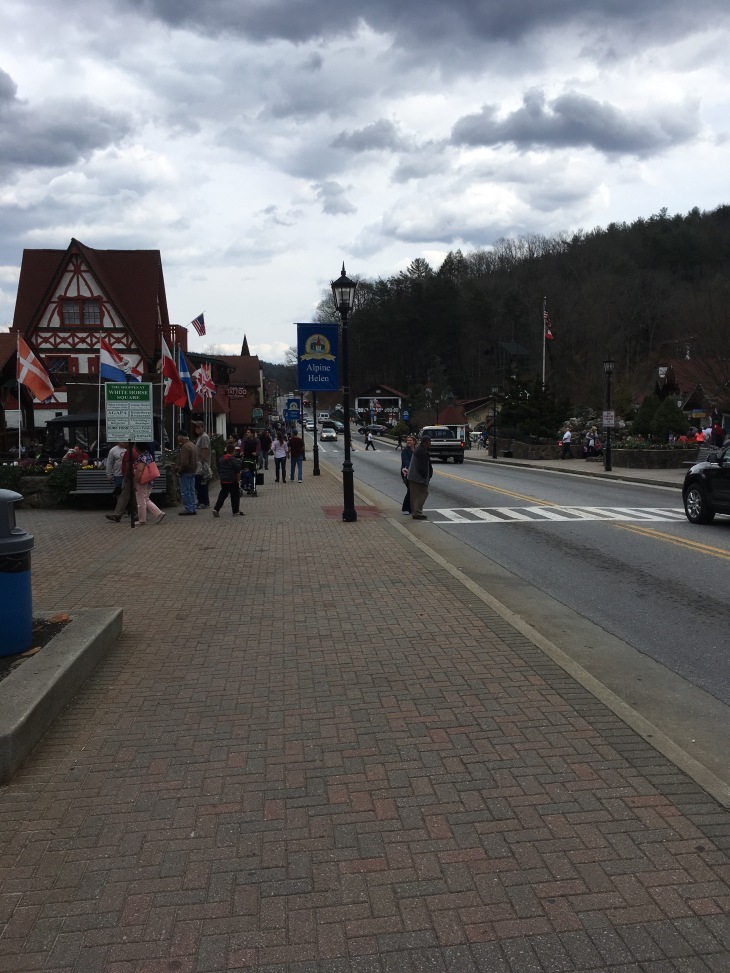 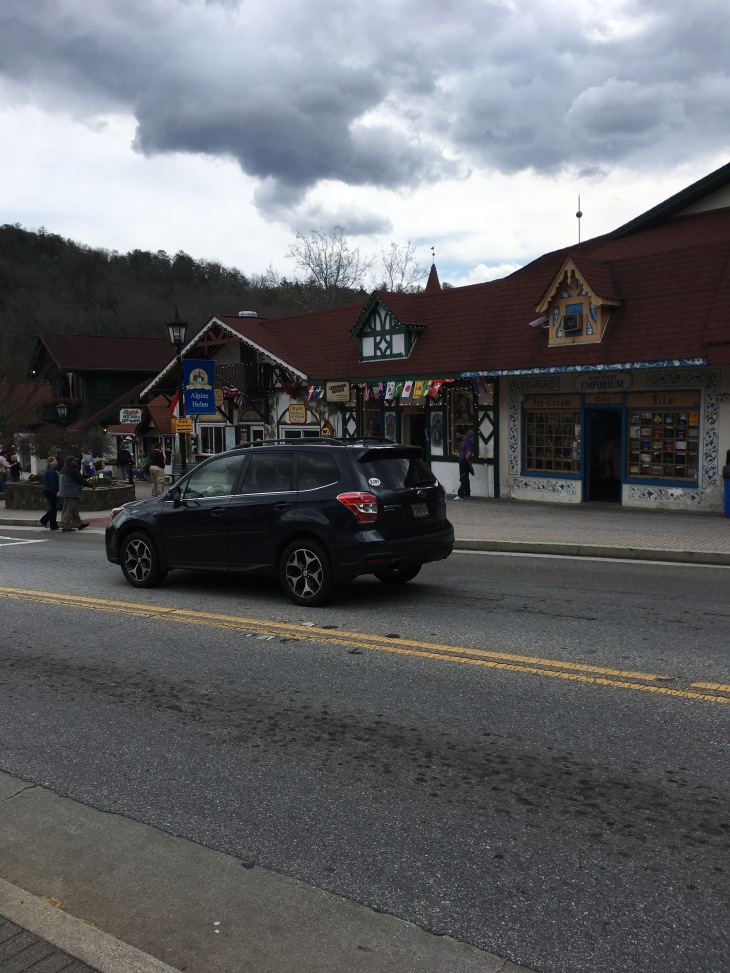 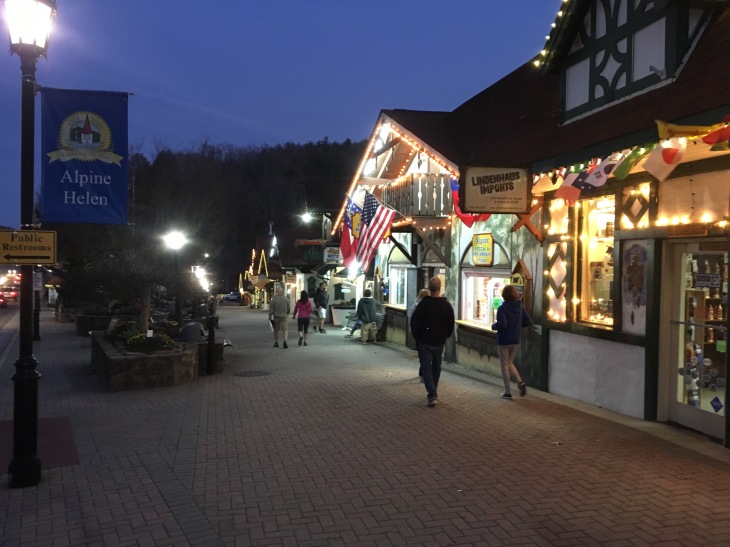 We went to a German restaurant and I had wursts with German style potato salad and red cabbage. Then we walked around town.

It’s amazing the little things you miss on the trail. I so enjoyed my coffee and milk with my breakfast at the motel.

This morning I walked about a mile the laundromat that was supposed to open at 8:00. I stood outside the front door waiting. Finally at 8:40 a woman showed up, and with her Georgia southern accent gave me a less than sincere apology.

So tomorrow morning it’s back to the trail with a dry tent, clean clothes and rested arms and shoulders.

I have met some great people on the trail, but I miss Amy, Ryan and all of you.